We invite you, again, to submit works for A HOUSE FOR VLADIMIR PUTIN.

A HOUSE FOR VLADIMIR PUTIN 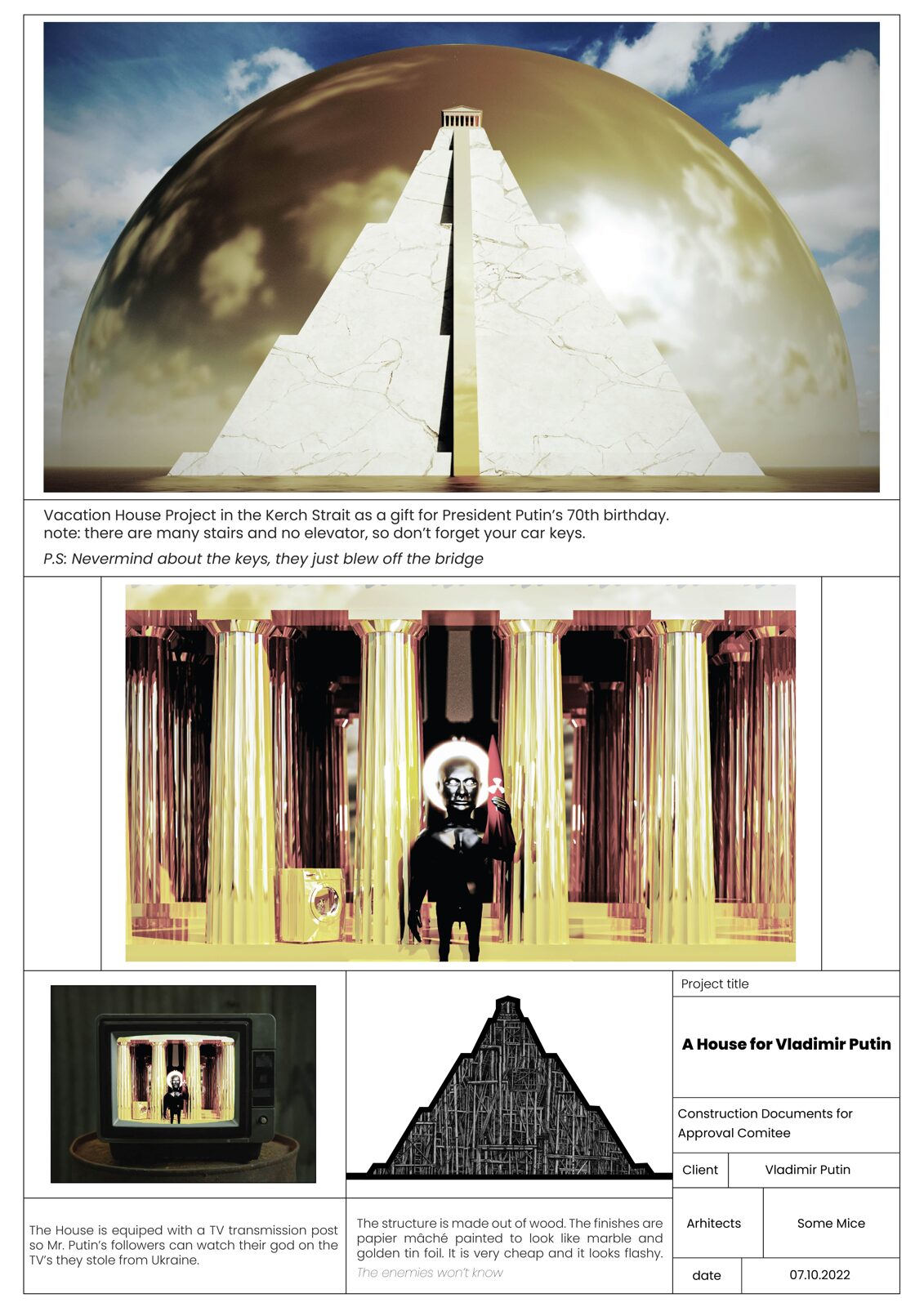 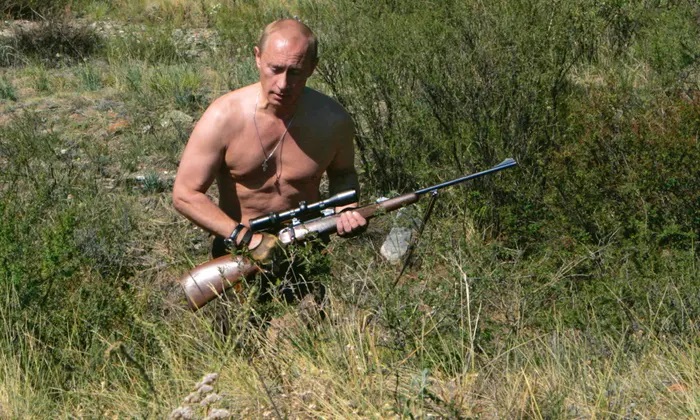 Putin blasted the West, yet he had no problem to present himself, in countless photographs, as some kind of Hollywoodian “hero”, posturing himself in “strong” attitudes…

Unfortunately, lately, as we all know, the macho state of mind began to ravish, brutally, a neighboring country.

Who cares tens of thousands of people died ?

Who cares countless buildings were destroyed ?

The good Christian Vladimir Putin (please do notice the cross on his bare chest!) is certainly not amongst those who care(d).

What did we learn from the Second World War ?

Nothing, nothing at all.

The atrocities human kind are able to commit, repeat themselves.

The so-called “de-nazification” of Ukraine was nothing else but a ridiculously transparent veil behind which an irresistible hunger for new territories tried to hide… and of course, didn’t succeed.

So, how would one design A HOUSE FOR VLADIMIR PUTIN, on his 70th birthday ?

Would it be a modest house for a modest man and his modest family ?

Would it illustrate “the Russian World” and values even if it might be situated in Switzerland ?

Would it be “de-nazified ?”

Would it be covered in gold, like a certain apartment in a certain tower in New York City ?

Would it be a very muscular house ?

Would it be simply an anti-atomic bunker ?

How would it be ?

Please be sarcastic, dear architect! Please be drastic! Please protest! Let’s give him the ANTI-PRESENT he deserves.

Please send us ANY work, ANY size and ANY format that responds to the theme to [email protected]

All competitions are free to enter and open to all.

Donations are greatly appreciated for the competition expenses of the all volunteer organization.

Engagement with alternative creators and thinkers in architecture worldwide
Zoom presentation of your work and dialogue with others including jurors.
Work posted on ICARCH.org for many years.
Zoom dialogue posted on YouTube.
Inclusion of your name as a participant in international press releases from ICARCH.
Possible selection of your work for the 2023 ICARCH publication on 20 years of Competitions.

At the moment, ICARCH does not provide cash prizes nor require entry fees.
ICARCH will select "best of" entries for posting online and press releases.

If you have any questions, please contact us at [email protected].