A HOUSE FOR
LEBBEUS WOODS 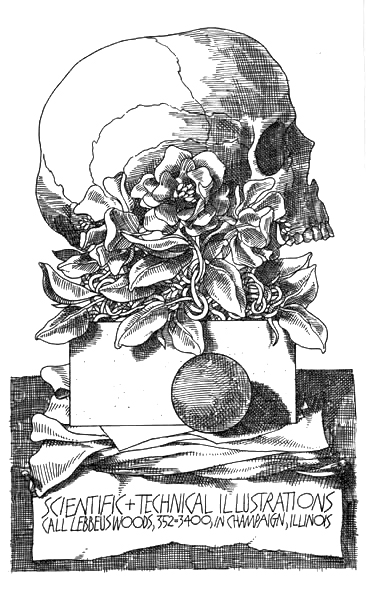 Who was Lebbeus Woods ?

We have his drawings.

And we have his thinking.

They are actually the same thing: He thought through drawings and he drew through thinking.

A most unusual North American, if we consider just his first business card, if we can call it so... who would place a skull on a “business card ?”

And we feel this anti-business card is the Volume 0 of any attempt to understand Lebbeus Woods.

So let’s start… like any creator, he was aware of Death. And the proof is the above mentioned “business card.”

He was naïve… like most romantic spirits are… after all, who would try to seduce the scientific community with a skull ? He probably scared away even those otherwise appreciative of his obvious graphic skills.

Let’s design A HOUSE FOR LEBBEUS WOODS, now that there are 10 years since he died.

How would it be ?

Maybe it would be just like the business card, in its spirit. The worm is waiting for all of us, but contrary to what some might think, this very awareness of the worm should not depress us, but make us live as intensely as possible, here and now.
Carpe Diem!
But one would say: wait a minute, Lebbeus was concerned about the future. He was, but he was also concerned about what we call “the past.” Otherwise how to explain the presence of a book like "Searching for Wholeness – The Sufi Tradition in Persian Architecture" on his shelf, many years ago ?

He was widely curious… avid… avid of ideas, of clashing ideas, of the turbulence of the spirit that would make William Blake and Piranesi smile.

Let’s smile together with them and let’s create A HOUSE FOR LEBBEUS WOODS that would push forward his very thinking and feeling.

Let’s continue with Lebbeus Woods 2.0, although he probably would have protested, since he believed in the unique singularity of the true creator. But even if he would have protested, we feel he would have understood. On Vico’s spiral, under the watchful eyes of Chronos and Kairos, we want to continue… upwards and downwards, to the left and to the right, to the very center of the VORTEX.

THE VORTEX OF EXISTENCE.

In the context of the war in Ukraine, we wrote a second invitational text for this competition. Feel free to respond to any of the two texts. Thank you.

Send us ANY work, ANY size, ANY format that resolutely promotes the diagonal and the oblique as the engine of a courageous, life asserting architecture.

The registration and submission deadline is February 15th, 2023

A House for Lebbeus Woods in Ukraine 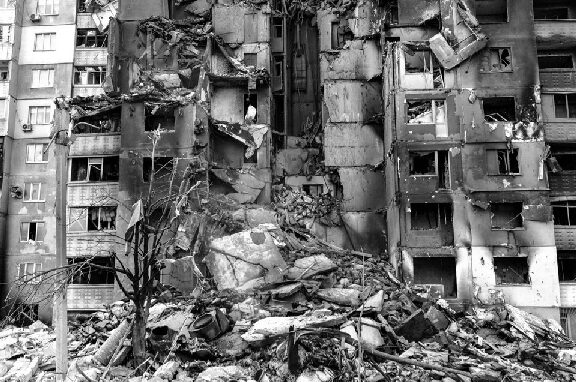 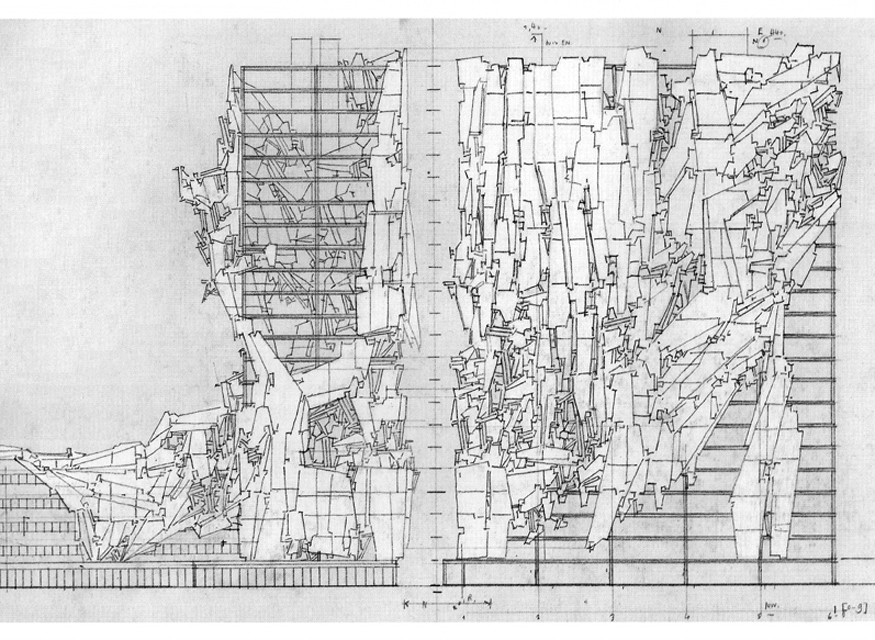 The question is: if Lebbeus Woods lived in Ukraine, now, would he have imagined what very often he imagened in his drawn oeuvre ?

A similar question could have been: if Peter Eisenman lived in Haiti, at the time of the tremendous earthquake that devastated the country, would he have still chosen the theoretical banner of En Terror Firma ?

But then, perhaps it is not art that copies life, but the other way around.

So maybe, to an extent at least, both Lebbeus Woods and Peter Eisenman had premonitions… they anticipated disasters that were to come.

But maybe those disasters were mainly within themselves.

And this year there are 10 years since he died.

We invite you to imagine A HOUSE FOR LEBBEUS WOODS – in Ukraine.

Would it be very similar to what we already see, published, almost daily ?

Or would it be in some kind of opposition?

What do you think ?

Please reflect on the way he drew… he drew like an old master… magnificently well… the manner of drawing was somehow in disjunction with the matter depicted.

Woods was obsessed by death, although one could have rarely found a more vital man than him. Maybe not by accident Peter Cook called him “the craggy optimist.” Yet, this “optimist” drew some of the most horrific scenes in architectural imagery, lately.

Was there any Apollo to be envisioned at the end of the dark tunnel ?

Not really, although the beauty of the drawings (if one makes abstraction of that they depicted) could be seen, somehow, sometimes, Apollonian, although Woods was rather attracted, it seems, by Dionysus.

We invite you to imagine a house that would be, possibly, an extension of his drawn works, a physical expression of his fears and his hopes, an architecture of turbulence, at a time of turbulence, in a world which cannot stand still.

DESIGN A HOUSE FOR LEBBEUS WOODS – IN UKRAINE.

Be Incandescent and create One Image / One Model / One Clip

All competitions are free to enter.

Donations are greatly appreciated for the competition expenses of the all volunteer organization.

Zoom Dialogue about the House for Lebbeus Woods

Engagement with alternative creators and thinkers in architecture worldwide
Zoom presentation of your work and dialogue with others including jurors.
Work posted on ICARCH.org for many years.
Zoom dialogue posted on YouTube.
Inclusion of your name as a participant in international press releases from ICARCH.
Possible selection of your work for the 2023 ICARCH publication on 20 years of Competitions.

At the moment, ICARCH does not provide cash prizes nor require entry fees.
The jury will select "best of" entries for posting online and press releases.

If you have any questions, please contact us at [email protected].